Lots of travelers visit the Basilica of Santa Maria Maggiore. Few know that, just around the corner, Rome boasts an equally precious, way older — and, in my opinion, more moving — church. Just don't be swayed by its unassuming exterior.

The Basilica of Santa Prassede stands on the site of St. Prassede's own house where, according to tradition, she put up martyrs including St. Peter. A church was first built here in the 5th century, although an oratory might have existed as early as 150 AD. The ruins of those earlier buildings haven't yet been excavated. Some day…

But in the meantime, you can explore the current church — which was built in the 9th century. And it has frescoes and mosaics from the same period,

something that (no matter how much really, really old stuff I see) still blows me away. Check out the glittering mosaics in the Chapel of St. Zeno, right. You can also descend into the crypt, which the famous Cosmati brothers decorated in the 13th century, to see the sarcophagi of Prassede and her equally-saintly sister, Pudenziana. The tombs have relics of the sisters, including a sponge they used to soak up the blood of 3,000 different martyrs.

But the most famous relic in the whole church is the Column of Flagellation. It's pretty safe to say this probably isn't the real deal… but then, that's not really the point with relics, is it?

The Basilica of Santa Prassede is open every day from 7:30am-12pm and 4pm-4:30pm. Don't forget coins to light up the mosaics. 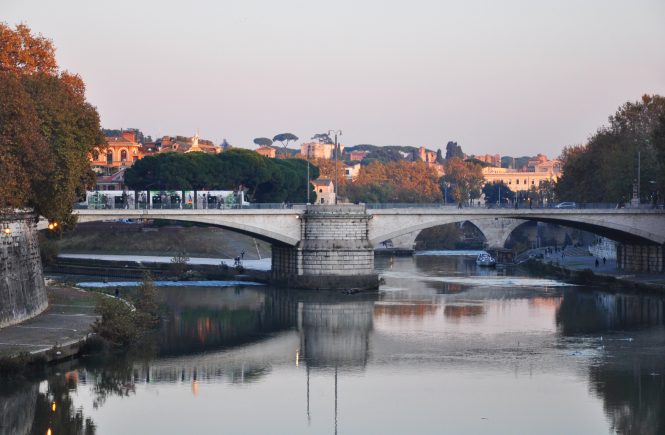