My Favorite Agriturismo in Italy: An Ode, in Photos

When I need a break from Rome’s hustle and bustle, I head to the countryside. And when I’m there, I always stay at an agriturismo, or “farm-stay”—or Italy’s best-kept accommodation secret.

Over the course of my travels in Italy, I’ve probably stayed in more than 50 different agriturismi. Not once have I been disappointed. Each one has had its own character, but they’ve all been comfortable, in beautiful settings, and a better value than any hotel. And no, you don’t have to milk a cow or collect eggs to stay at one.

When I’m asked about my favorite agriturismo in Italy, though, there’s always one that comes to mind: Fontanaro.

Fontanaro and its sister property, Tartagli, are located on the border of Umbria and Tuscany, a 2-hour drive from Rome (or a 1.5-hour drive from Florence). They’re a stone’s throw away from the tiny, medieval village of Paciano.

Made up of rolling hills and vineyards, the Fontanaro properties produce a huge variety of Tuscan-Umbrian staples, from olive oil to honey. Better yet, everything is grown organically. And the estate, run by mother-daughter team Lucia and Alina Pinelli, uses sustainable energy whenever possible; the farm was one of the first in Umbria, in fact, to use solar panels.

As you might expect, Lucia and Alina take the idea of “slow living” seriously. They even incorporate Slow Food principles through their cooking classes. (Cooking classes can be booked if you’re staying overnight at Fontanaro or Tartagli, or directly by emailing alina@fontanaro.it).

But the “slow living”approach extends way beyond the idea of making pasta by hand. I don’t know what it is, but every time I step onto the farm, I feel the stress of Rome roll right off me. And even though I can never get enough of spending time here, even a day is enough to make me return to the city seriously relaxed.

Playing with the dogs, Ettore and Bacco, helps.

So does the fact that the grounds of Fontanaro and Tartagli are so gorgeous, you could spend hours here just strolling and soaking in the scenery.

It’s also pretty cool to be surrounded by so much home-grown, organic produce. Vegetables. Grapes. Figs. Olives. Saffron. And yes, Fontanaro produces its own wine, as well as award-winning, extra-virgin olive oil. (By the way, can you tell that the second photo is of saffron? Before my visit to Fontanaro in October, saffron season, I had no idea that’s what it looked like!).

Of course, all of this delicious produce winds up… as delicious food.

Starting at €200 per night, Fontanaro is a little pricier than most agriturismi in Italy, largely thanks to its higher-end accommodations. With that, though, you have the option of a cooking class or tastings, not to mention seeing a harvest, like of olives or saffron, depending on the time of year you’re here.

Finally, full disclosure: I am friends with Alina. That said, we became friends because of my obsession with, and frequent trips to, Fontanaro… not vice versa. (From these photos, I bet you can understand why!).

For the Globe and Mail, the Ancient Town of Taormina, Sicily

From Rome to Puglia: Beach Town of Polignano a Mare 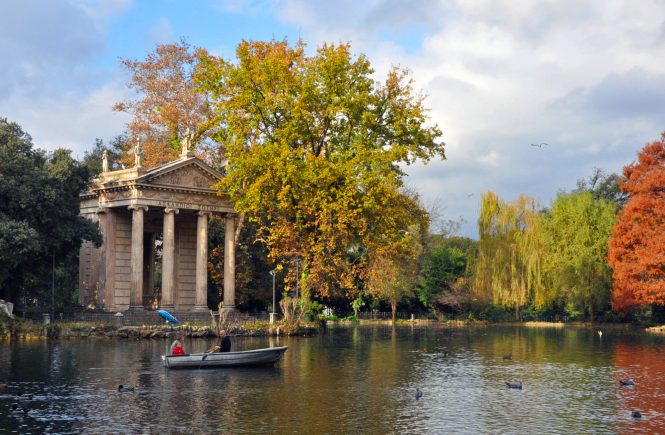 My Favorite Photos of Autumn in Italy