Day Trip to Herculaneum: It’s Not Pompeii, But Its Ruins Pack a (Volcanic) Punch

I love Rome’s ruins: the forum, the Palatine, the scattered bits of temple and theatre and bath. But I’m the first to admit that you need some imagination, and historical background, to look at “ruin” and see “ancient city.”

Destroyed (or preserved), like Pompeii, by the eruption of Mount Vesuvius in 79 A.D., Herculaneum shows you more than the shape of the ancient town. It shows you the town itself. The site boasts two-story buildings, colorful frescoes, and near-perfect mosaics. And because it was dumped mainly with a dense, volcanic stone called tuff, rather than the ash that felled Pompeiians, it’s only here, not at its more-famous neighbor, that you can see remnants of actual wood. There’s nothing like seeing an ancient bedframe to feel uncomfortably close to the townspeople who died here nearly two millennia ago.

Even so, Herculaneum hasn’t managed to usurp the hold that Pompeii has in the international imagination. Why? It’s a lot smaller, for a start: about a third of the size. It’s also somewhat less grand. But with better-preserved buildings, less crowds, and a closer location to Rome, it’s also a rewarding alternative to its more-notorious neighbor. And don’t underestimate the site:  It takes the thorough visitor a good three hours to peek into each house’s nook and cranny.

To get to Herculaneum from Rome, take the train to Naples. The fastest train is 70 minutes and starts at €44 one way; the slowest, at 3 hours, costs €12.40. Go to Trenitalia’s website for times and fares, but remember to put in “Roma” and “Napoli,” not “Rome” and “Naples.” From there, grab the local train, the Circumvesuviana, to “Ercolano.” 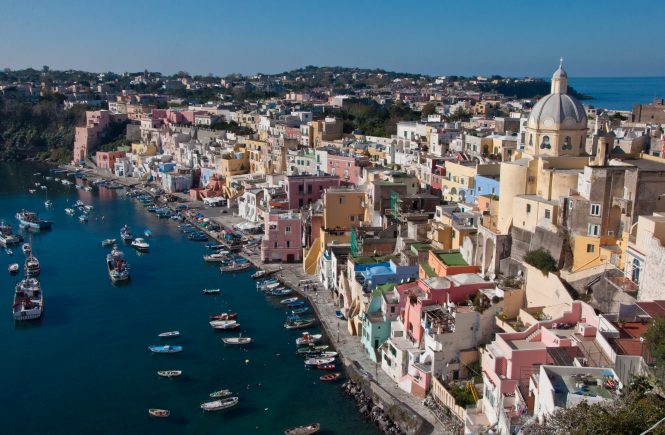 Night Tours of the Baths of Caracalla, in the Guardian