Should I Use Rome’s Public Transport? And Other Bus and Metro-Related Questions, Part One

Few aspects of a city are more necessary — or more potentially infuriating — than public transport. That's as true of Rome as it is anywhere else.

Still, many visitors come to Rome with some big misconceptions about its public transportation systems. The biggest? That Rome's public transport is incredibly confusing, and only for locals, and tourists should stick to taking taxis instead. Or that it's terrible and just so much worse than the systems in other countries.

First: It's true that cabs can be an attractive alternative to public transport. They get you exactly where you want to go, they're everywhere (usually), and they're cheaper than taxis in other cities, like London or New York.

But. All of those fares add up; spending 8 euros each time you have to get somewhere instead of the 1 euro a bus costs makes a big difference. Secondly, just when you want one, you won't be able to find one; many taxis seem to use taxi stands instead of cruising the streets looking for fares, and if it's rainy or just before dinner-time, it can be tough to flag one down.

Finally, you have to be pretty careful when taking taxis. While it's getting better, some drivers won't hesitate to try to rip off a tourist, either by taking a circuitous route, not turning on the meter, or running the meter on the wrong rate. (Stay tuned for a future post on taking taxis in Rome).

That's where public transport comes in.

Many visitors shy away from Rome's buses and metros, seeming to think the system is terrible. It's not perfect, but it's certainly better than that of many other cities I've traveled in. Overall, Rome's buses and subways are clean, cheap (one euro per ride), frequent, and relatively reliable.

The metro system, especially, is remarkably good. I've never waited longer than 5 minutes for the next train. (I can't say the same for most other cities I've been in, from D.C. to New York). And a handy little display tells you how many minutes away the next metro is, like London's Tube.

The problem with the metro, though, is that it doesn't cut through most of the centro storico. (Line C, currently being dug, should fix some of that, but don't plan on using it unless your next trip to Italy is sometime after 2015). So the metro is great for getting from, say, the Spanish Steps to the Vatican, but not for getting to Piazza Navona, the Pantheon, or myriad other sites in the center.

That's where the buses come in.

And while I complain about them all the time, I have to admit: The buses, too, are fairly reliable. They also go all over the place, even down those narrow, winding streets that you wouldn't expect even smart cars to venture down, never mind city buses.

But if you opt to take the bus, remember that some come far more often than others. And one bus that usually comes every 10 minutes might, when you try to get it, take 25 minutes to arrive. (Sod's Law tends to apply even more in Rome than other cities). Only some of the stops tell you when the next bus is arriving, and even that information can be wrong.

Still. I like the bus because it goes more places, and you can look around at Rome's beautiful buildings while you're riding.

So: If you're coming to Rome, plan to walk. Plan to take a cab, maybe. But also do yourself a favor — and do as the locals do — and take Rome's bus or metro.

Coming soon  Also see: why didn't the driver check my ticket, how come the bus stops don't show routes, and other tips for using Rome's bus and metro systems.

Want to Know Where to Stay in Rome? Check Out National Geographic Traveller 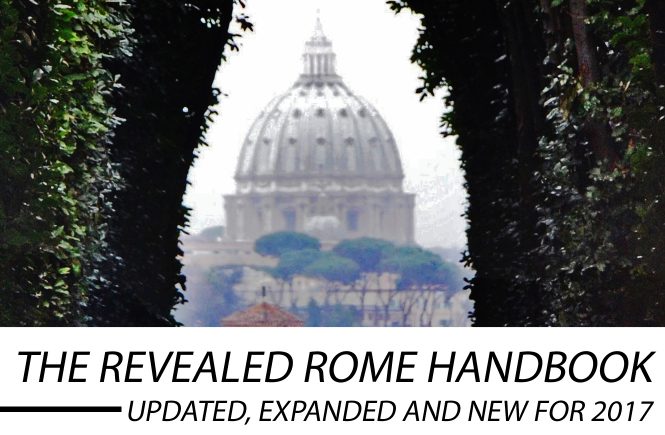 Art and Music in Concert at Rome’s Museums This Fall