Going to the Amalfi Coast? Please, Don’t Buy the Coral

After visiting the Amalfi coast this week, I was struck by the amount of coral jewelry being sold — and the number of tourists buying it. It didn't seem as if anyone else saw signs like that above, proudly proclaiming "Genuine Coral," as a problem. But it is.

Why shouldn't you buy (genuine, unfarmed) coral, whether from the Amalfi coast or elsewhere? Let's count the ways.

1. It's not even from the Mediterranean. Most visitors seem to think that the coral making up those pretty blue, red, and pink necklaces comes from the Bay of Naples. But at least two-thirds of coral jewelry sold  on the Amalfi comes, instead, from the Pacific. Why? Because the Mediterranean is already largely depleted of its reefs… thanks to overfishing. And while the Pacific currently has more coral, its resources are quickly running out, as well.

2. Coral is not a rock, or a plant. It's an animal. Coral is alive — at least, before it's fished. It belongs to the same animal group as jellyfish and sea anemones. Each single animal is called a polyp; together, these polyps make up a colony. They excrete calcium carbonate for protection, which makes up their exoskeletons. So what you are wearing around your neck is, literally, the skeleton of these creatures. (Yuck).

3. It's an animal that supports a full 25 percent of other ocean animals. More than 4,000 species of fish alone depend on coral, living in and among its handy nooks and crannies and feeding on the other creatures that live there. Coral reefs make up the world's richest and most diverse type of marine habitat. And they provide the backbone of a whole ecosystem that, without them, can't exist.

Think of coral reefs like a rainforest: If you wouldn't buy the harvested wood of an endangered tree that supported 25 percent of all rainforest animals, don't buy coral.

4. Coral reefs are pretty important to people, too. They naturally protect coastlines from storms, erosion, and tsunamis; they provide millions of people worldwide with the fish that they rely on for meals. An estimated 500 million people worldwide require coral reefs for their livelihoods.

5. To get the coral, many Mediterranean harvesters still use dredging. That's illegal. Dredging, which means dragging nets along the seabed, takes absolutely everything in its path. Once dredged, coral reefs simply don't recover. They're deader than dead. The practice has been banned in the Mediterranean since 1994, but it's still done.

6. All of that important coral is disappearing. Fast. In the Mediterranean, red coral harvests have plummeted by 66 percent from 1985 to 2001. That's not because jewelers have turned to more sustainable practices; it's because hardly any coral is left. Worldwide, one-quarter of reefs are irreparably damaged, while another two-thirds is at serious risk of being lost.

I've scuba-dived in damaged reefs before, and there's no overemphasizing just how big the difference is between a dead reef — white, abandoned, without a single living thing — and a live reef, teeming with colorful fish and plant life. It's heartbreaking to think that 25 percent of reefs that were healthy just several decades ago have now slipped into the former category.

7. Once it's gone, coral ain't coming back, at least anytime soon. It takes a coral reef an entire year to grow from 1 to 3 centimeters horizontally and 1 to 25 centimeters vertically. And, of course, that growth can only happen in an area that's being undisturbed by practices like trawling. That means the coral reefs in existence are pretty old; the Great Barrier Reef, for example, started growing 20,000 years ago.

The reasons to think twice before splurging for coral go on and on.

Yes, it's worth keeping in mind, too, that the coral fishers and jewelers in the Amalfi depend on coral for their livelihoods. And it is a practice they've been following for hundreds of years. But before millions of tourists visited the Amalfi coast every year, the demand simply wasn't there for coral on the same level it is now. So the trawling wasn't at the same level, either. Many reefs still thrived. Not today.

So while my heart goes out to those who say they have to harvest coral to put food on the table, it's those workers, too, who might want to invest in more sustainable practices. Because at this rate, they'll all be out of a job in twenty years.

So please: Don't buy the coral. If you're looking for a souvenir from Sorrento or Positano, go for that limoncello instead.

You can find a better souvenir of your time in Positano. How about a pretty picture instead?

For more information and to see what else you can do to help, check out:

The resources and information at the Coral Reef Alliance

*Photo of coral reef in center of article taken from Wikimedia Commons.

10 Ways to Save Money While Living in Rome (And While Traveling, Too) 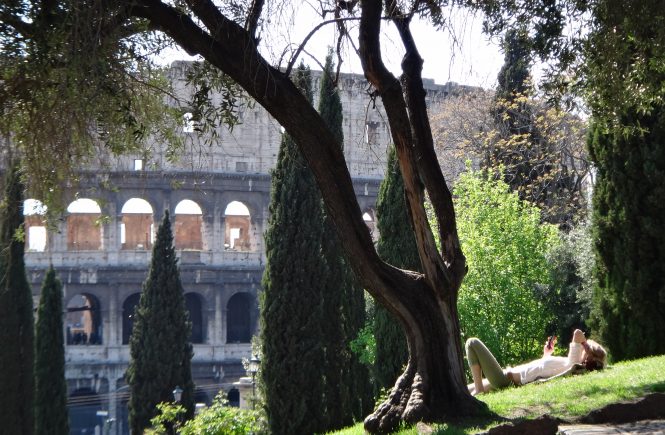