A Half Hour from Rome, Hadrian’s Villa and Renaissance Gardens

When asked about day trips from Rome, most people recommend Tivoli. Just a half-hour's drive from Rome, the town boasts the Renaissance-era Villa d'Este and the 1,850-year-old ruins of Hadrian's villa

I finally made it there this weekend, my hopes high. After all, I love the Renaissance and ruins. What could possibly go wrong?

Nothing went wrong. But given all the hype, I was a little underwhelmed.

First, Villa d'Este. A UNESCO World Heritage site, the villa, built by Cardinal Ippolito II d'Este in the mid-sixteenth century, is like a fairyland-gone-slightly-to-seed. The gardens are filled with grottoes, fountains, and odd touches of whimsy: a fountain of Artemis of Ephesus, the goddess of fertility, her breast-like decorative gourds spouting; an organ hid within an elaborate sculptured fountain; grottoes once  filled with movable wooden cut-outs of creatures. Odd stuff, but with some of the sculptures missing and mechanization not working, a little less enrapturing than it would have been, say, for Ippolito.

The palace itself, too, feels a bit Alice-in-Wonderland. A wander through yields room after room of colorful Mannerist frescoes and examples of tromp l'oeil, that tricksy French attempt to make you think that the flat surface you're looking at is three-dimensional. But despite the sheer amount of paintings, if you're more of a Renaissance or Baroque lover — or you've simply been spoiled by, say, the quality of frescoes at the Vatican — the palace seems better-suited for a fairly quick walk-through than an in-depth artistic experience.

Then there's Hadrian's villa. Built as the emperor's retreat from Rome in the flat valley below Tivoli, it's a sprawling, 250-acre complex of ruins, olive tree groves, and, well, dust. Hadrian designed much of it himself, and its buildings and fountains drew on styles he saw across the empire, from Egypt to Greece.

But walking through the villa almost felt like walking across the empire itself. Even getting from the parking lot to the first section of the ruins takes about 15 minutes; getting a full overview of the villa would mean a half-day of wandering, or more.

The pay-off didn't seem quite worth it. Much of the area remains unexcavated, while a lot of the ruins themselves are surprisingly unassuming. Nor is the signage that helpful — a common complaint at archaeological sites, but all the more frustrating in a site this sprawling. Some of the descriptions of structures didn't even say what they were used for.

Even so, some parts of the ruins are striking. The Serapeum, designed after the Egyptian city of Canopus, features a long, green pool, ending in a domed grotto, lined with classical statues. And if you're a sucker for the personal, the (barely-there) ruins of the temple and tomb of Antinous, Hadrian's young lover whom he deified after his death, are poignant.

Still, it was hard to get a feel for what the entire villa would have felt and looked like. And as with so many ruins around Italy, all the "good stuff" was gone: The best statues, mosaics, and frescoes have all been moved elsewhere… particularly to Rome.

In short: Villa d'Este's appealing, particularly on a nice day, but not one of the top-five daytrips I'd recommend from Rome. (Unless for convenience only). And unless you're a big Hadrian fan, or are going to Tivoli anyway and want to fill out your day, I'm not sure that Hadrian's villa would be one of my top recommendations. For huge ruins that pack more of a punch in a smaller space, check out the Baths of Caracalla, in the heart of Rome; for a better-preserved sense of Hadrian's architecture, visit the Pantheon; to see the artistic treasures themselves, head to the Capitoline and Vatican museums.

For more information about Villa d'Este, click here. For more information about Hadrian's villa, click here. Entry to each site costs €10. To get there, you can take a train from Rome's Tiburtina station to Tivoli (about 30 minutes), then a shuttle bus to the town center and Villa d'Este. Another shuttle would be needed to take you to Hadrian's Villa. 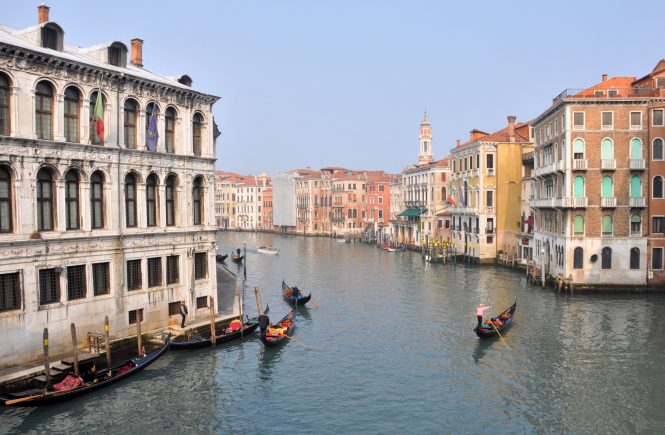 Coronavirus in Italy: How to Help Italy

The Week of Free Museums Across Italy… Is Here!