The Temple of Venus and Rome: Worth a Visit, But Missing the Best Part

It was a big, big deal when the Temple of Venus and Rome opened this month after a 26-year restoration. And so I was pretty psyched to go see it.

But I should, maybe, have been a little more tempered in my excitement.

First: Let me just say that the Temple of Venus and Rome is beautiful. It's also massive; at 350 feet long and 150 feet wide, it's thought to have been ancient Rome's single biggest temple. And it's impressive that so much of it is around today, given the fact that it was built by the emperors Hadrian and Antoninus Pius from 121 to 141 A.D.

I also love the cleverness of the temple. One side of it was in honor of the goddess Venus, the other in honor of the goddess Roma, which doesn't seem that clever — and might even seem a little odd — until you think about how Venus mothered Aeneas, whose descendant founded Rome. Not to mention that Venus was the goddess of love, or "amor" in Latin, so you have "Roma" and "Amor" back-to-back. Literally. (Cute, huh?)

So what was I slightly-less-excited about than I otherwise would have been? Well, the fact that I was expecting, from the hubbub of media articles surrounding the temple's re-unveiling, the visitable part to look something like what you see below.

In fact, though, that part is closed to the public: All you can do is peek through the window, getting a glimpse of the floor (although not of the apse). (The photo is the promotional photo used by Rome's culture ministry). An archaeologist at the Sopraintendenza office around the corner from the temple told me it's because the marble is just too delicate. And, as a big proponent of, you know, keeping old stuff preserved, I can completely support the choice to keep that section roped-off to the public. Still, after seeing articles like this one with images of people walking around the cella, I couldn't help but be disappointed. Just a little bit.

Then again, I know I'm just being greedy. And picky. And wouldn't even feel this way had I not seen photos of people walking around the area, which must have come from the opening ceremony.

So if you're paying a visit to the ancient forum, don't misunderstand — the temple is well worth a stop. It's impressive even for its sheer scale alone. So I don't want to talk anyone out of going. You absolutely should. After all, entrance to the temple is included in your ticket to the forum and Colosseum, so what's stopping you?

Entrance to the Temple of Venus and Rome is to the left of the Arch of Titus as you face the Colosseum, before leaving the forum. 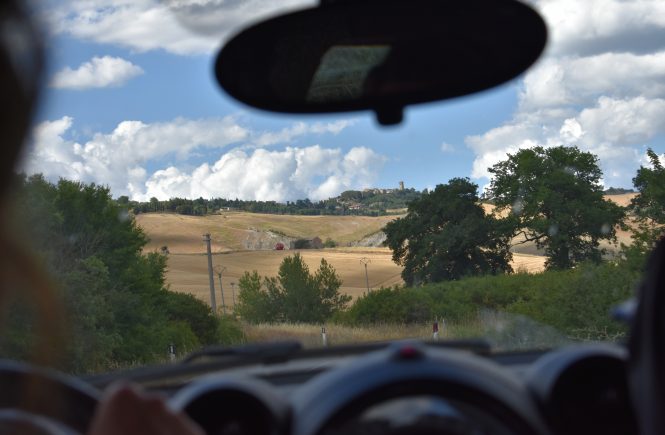 Driving in Italy: Tips for Your First Time (or Tenth)

This Fall, See the Sistine Chapel at Night