Orvieto was my first real day trip from Rome. I’ve been partial to it ever since.

But that’s not the only reason why I love Orvieto.

Orvieto is one of Umbria’s many excellent offerings, with the added advantage of being just an hour’s drive or train ride from Rome. It boasts an Etruscan museum, underground tunnels, gorgeous views, great food, and a gorgeous duomo with game-changing frescoes (yes, I just said “game-changing” to refer to Renaissance art). Oh, and those little winding streets, hidden churches and medieval-hilltop-town character that, if you’ve traveled in Umbria before, are ho-hum to you by now.

(Just kidding. This stuff never gets ho-hum. I don’t think).

Part of Orvieto’s unique character comes from its history. Etruscans lived here as early as the 8th century B.C., and you can still see — even touch — the remnants they left behind. Like the tunnels and chambers that they dug into the soft tufa underneath the current city. This underground, which includes some 1,200 caves, passages and chambers, is a labyrinth that reaches several stories deep.

You can explore Orvieto’s underground either by taking a tour of a section of it (tours leave from the piazza of the Duomo, and take you through chambers with wells and olive mills built by the Etruscans), or simply by stumbling onto a section. Like at lunch. Below, the Grotte del Funaro, a restaurant that’s built into underground caverns where locals made rope in the Middle Ages.

Don’t miss, either, Orvieto’s two archaeological museums. The National Archaeological Museum, right next to the duomo, boasts delicate bronze hand mirrors, sculpture with the paint traces remaining, and even a full suit of armor. All, you know, about 2,300 years old. The most exciting part, though, is the museum’s two chambers with frescoes taken from 5th century B.C. necropoli discovered nearby. If the rooms aren’t open, ask the guard to let you in. The other archaeological museum, meanwhile, is across from the duomo and has more finds from Orvieto’s prehistoric, Etruscan, and Roman eras.

Then there’s the duomo itself. It’s… well, it’s a masterpiece. Begun in 1290, it’s the epitome of the Italian Gothic style, its exterior elaborate with mosaics, stonework and detailed carvings.

Inside, though, the duomo is something else entirely. For worshipers, it’s most famous for an event said to take place not far from here in 1263: A priest traveling to Rome stopped at Bolsena to pray, and blood started to seep from the consecrated host. The bloodstained linen is still enshrined at the duomo of Orvieto, where it had been brought that year. It’s in the last chapel on the left, with 14th-century frescoes.

But don’t miss, either, the last chapel on the right-hand side, which is where Luca Signorelli painted his Last Judgment in 1499. That’s thirty-six years before Michelangelo would start his own version, and you can see the inspiration Michelangelo took from the older artist: The vibrant, muscular, tortured-looking figures of Signorelli’s frescoes aren’t that far off from what you see in the Sistine Chapel today. Below, his image of the damned, courtesy of the Web Gallery of Art.

Etruscan tunnels, medieval duomo, Renaissance frescoes — but there’s more to do in Orvieto, too, whether exploring its myriad other churches or simply wandering through its streets. Don’t miss it.

Orvieto is easy to get to; you can either drive (it’s a straight shot on the highway) or take the train, which takes from 45 minutes to 1 hour 20 minutes, depending on the price. Check train times at www.trenitalia.com. Be aware that the train station is at the bottom of the hill, so you will have to take the funicular up to the city. 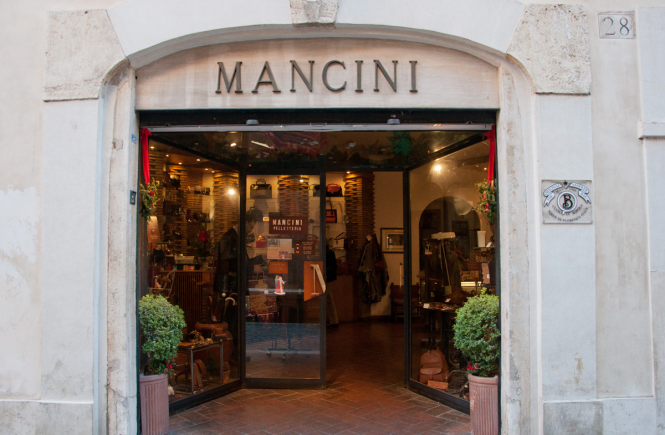 The Perfect Island Escape of Procida, for the BBC