The Story of One Artisanal Outfit in Rome

An all-artisanal outfit from Rome

This summer, I decided I needed two new pieces: a comfortable dress that I could wear as easily to the beach as to dinner. And a new wallet, since my old one was falling apart.

Instead of turning to a chain or department store, as I did in the past, I headed to two of my favorite Rome artisans. Each one handcrafted me exactly what I wanted… within just a couple of days. And the prices were reasonable—especially considering how much you'd usually pay to be personally involved in a piece's design.

Now that's what a shopping bag should look like…

First: the wallet. For those who've followed my artisanal shopping adventure in Rome, it might come as no surprise that I headed straight to Armando Rioda.

I chatted with my buddy Vinicio Reggi, one of the owners, as we figured out what kind of wallet I wanted. He handed me several they'd already made to help me figure out size and style; when we had the basics figured out, he started sketching on a piece of paper. "You could have an extra pocket here, if you want," he said, drawing, "and the credit cards here. How many slots for them would you want?".

When we had the design figured out, it was time to choose the leather. He pulled out one bolt after another—camel, dark blue, red, black. I said I wanted dark brown, and for that, he had the perfect choice: a dark brown leather that was stamped to look like alligator skin.

When we'd finished designing my ideal wallet, he said it would be ready in just a couple of days. At the end of the week, I went to get it… and couldn't have been happier with the result.

(The other leather options I had)

(Going artisanal means attention to detail: the interior is lined with nubuck leather)

(With Vinicio and his work of art: my new wallet!)

Obviously, I was pretty pleased.

Next stop: finding a simple, travel-friendly dress. For that, I headed to Le Nou, located on Via del Boschetto (one of the best shopping streets in Rome!).

As usual, the store was sparse: just a few dresses and shirts hung on the rack. But the patterns change frequently here, and this time, I saw exactly the design I wanted. When I tried it on, it fit perfectly. (If it didn't, one of the two seamstress-designers who runs Le Nou assured me they could alter it to my measurements—at no extra cost).

The only problem was the color, a light green that didn't exactly complement my olive skin. So, instead, I was directed to a few bolts of cloth, and told to pick whichever one I wanted. I went with navy blue.

I left my name and phone number, and the girls told me they'd text as soon as the dress was ready. Less than 24 hours later, I received a message. The dress was finished. Simple and classic, it was exactly what I'd wanted. The cost? €35.

The details from outfit photo, at top: Handcrafted wallet from Armando Rioda, €200. Handmade dress from Le Nou, €35. Handmade suede espadrilles from Barrila Boutique, €59. The process of being involved in the design of a piece you're buying, and of supporting Rome's artisans? Priceless.

At the Spanish Steps, a Shop Selling (Handmade!) Leather Jackets in Rome 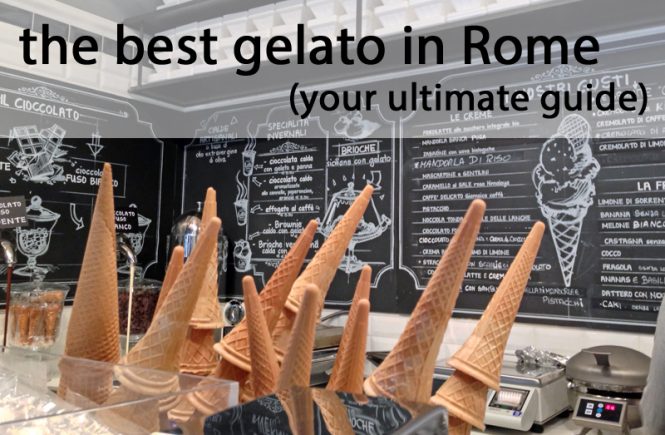