It's hard to find a good fiaschetteria, or steakhouse, near Rome's center; it's even harder to find an artisanal birreria.

The little-known restaurant Al Grottino is both a fiaschetteria, birreria… and pizzeria. (No, I couldn't believe I hadn't discovered this place until a couple of months ago, either).

Located a 10-minute walk from the San Giovanni metro, Al Grottino looks, at first glance, like any average Roman pizzeria. It's got the red-and-white checkered tablecloths, the bustle of locals, the anything-but-impeccable service. (Don't come right when the pizzeria opens, or you might have to wait nearly an hour for the oven to heat up and your pizza to be made, like I did on my first visit).

And yet… Al Grottino isn't quite the same. For one, they're trying—maybe a little too hard—to seem techno-savvy. Instead of a normal beer menu, for example, you get an iPad to flick through. And, yes, it's a little gimmicky. And, no, there aren't enough iPads for every table, making it a bit less convenient than, I don't know, a real menu. Still, in a town where most menus are still handwritten, it's an interesting (albeit expensive) way to try to set a place apart.

The real reason to go to Al Grottino, though, is for the (cheap!) food. The pizza has fresh ingredients and a thin, charred-just-right crust. The fritti are done like Japanese tempura, a nice alternative to the heavier fry-ups you usually see at Rome's pizzerias. The steak was thick, juicy, and cooked rare, just as we'd asked. Plus, it came with Argentinian-style chimichurri sauce, rarely seen with steak in Rome. Heck, even the salmon-and-pesto bruschetta (a special of the day) was better than we expected.

And when I say the food was cheap, I mean cheap. A pizza margherita is €5; bruschetta, €2.

The real draw, though, is the beer. Al Grottino has more than 40 kinds, including lots of Belgians, and bottles come with a snazzy ice pouch to keep them cold in the Rome heat.

Al Grottino: the trendiness of artisanal beers and iPads, combined with old-school Roman prices, pizza, and (hmm) service. It might not make sense, or feel cohesive. But when you don't want the gruff traditionalism of, say, La Montecarlo, or the trendiness of Open Baladin, Al Grottino strikes a nice middle ground.

Al Grottino. Via Orvieto 6. Click here for a map of Al Grottino's location. 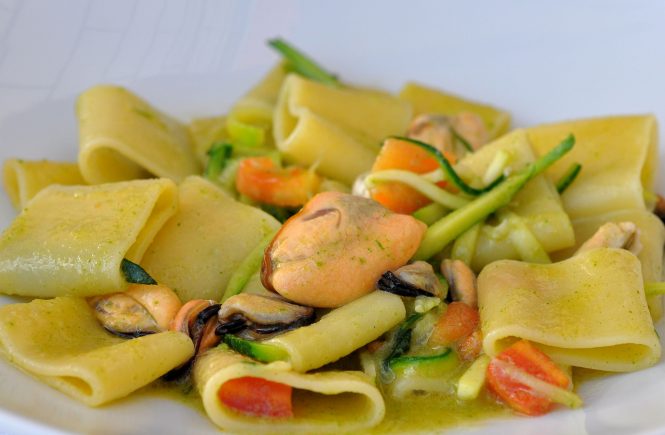 How to Find Good Restaurants in Italy: 9 Top Tips (Updated for 2019)