Crimes and Other Nefariousness: Some Scarier Scams

Unfortunately, pretending to give you a free rose or a designer jacket aren’t the only ways that Rome’s scam artists try to get tourists’ money. Some of the crimes are worse — and much more dangerous.

Again, these last five scams, especially, are very unlikely to happen to you on your travels. Rome is a very safe city. And while I’ve heard of #5 and #4 happening to friends of friends, those after that, thank goodness, have never happend to me or anyone I know.

That said: It’s always smarter, obviously, to be aware. Here, the last five — and some of the scariest — of Rome’s top scams and crimes.

5. ATM fraud. You use an ATM to withdraw money — usually, the best way to avoid extra fees. When you get home and check your bank statement, you realize someone else has been withdrawing money, as well.

This is getting more common as more and more criminals are figuring out ways to install ATM skimming devices onto the machines, which can capture your account information by using a card reader and a tiny video camera to capture your PIN.

Usually seen: Unpredictable. Most likely victims: Anyone using an ATM. If it happens to you: There’s not much you can do, although of course once you file the fraud with your bank, you should get the money returned.

The best way to avoid this, though, is to always cover the keypad with your hands when you type in your PIN and to use the ATMs that are inside reputable banks. If it looks like you need to slide a card through a scanner to get into the vestibule, don’t worry — whatever your bank card is will work. Also be wary of any gaps or tampered appearance in the machine, and avoid card readers that aren’t flush with the machine’s face.

4. Any distraction technique. These run the gamut. Maybe you’re at a busy metro stop and someone collides into you. Maybe you’re out at a club and a guy dances up close to you… really close. Maybe a little girl tugs on your pant leg and asks you for help. Either way, by the time you’ve reacted, your wallet is gone.

Usually seen: Unpredictable — and, it should be noted, worldwide. Travel forums for Paris and Barcelona are full of them, too. Most likely victims: Anyone who looks capable of being surprised. If it happens to you: By the time it happens, it’s too late. Even if you can chase down the accomplice, your stuff is long-gone.

3. Theft-on-the-move. You’re walking; someone whizzes by you on a scooter and, bam! your purse is gone.

Usually seen: Also unpredictable, and also worldwide. This just happened to a friend of mine living in Paris. Most likely victims: Females walking alone. If it happens to you: It’s already too late. Just be glad that you weren’t hurt in the theft; the force can cause broken arms and collarbones.

2. Drugging and mugging. This post on the SlowTrav forum was the first I’d heard of this, but it’s pretty scary. Usually, it unfolds in a “befriending” scenario: You’re alone at a train station, restaurant or bar, someone starts chatting with you, gets you a drink, and before you know it you’re passed out because of the drugs they’ve laced the drink with. When you wake up, your valuables are gone and you may have been sexually assaulted. It seems the SlowTrav victim may not have even been befriended first, which is even more worrisome.

Usually seen: In the area around the Termini train station or near the Colosseum, Colle Oppio, Campo dei Fiori, and Piazza Navona. Most likely victims: Anyone, male or female, who’s out alone. If it happens to you: Call the police and, if needed, seek out a hospital immediately.

1. Flat-out assault. Again, please remember: For a city, this happens very, very rarely in Rome. But you don’t want it to happen to you.

Usually seen: In any dark, unlit areas at night. Be particularly wary of parks: I saw the immediate aftermath of one violent mugging (two Korean tourists who had been roughed up and gotten their cameras and wallets stolen) at the Parco di Traiano, the park overlooking the Colosseum, while they’d been (obliviously) taking night shots. (In case it’s not clear, this is not a nice park at night). Also be wary of the area right around the Termini train station, Piazza Vittorio Emanuele, or in San Lorenzo. Most likely victims: Anyone, but especially tourists, especially those traveling alone or in small numbers, and especially those who aren’t aware of their surroundings.

The takeaway? Don’t be paranoid, but do be aware. Use common sense. And don’t get so caught up in taking pretty photos that you have no idea of what’s going on around you. 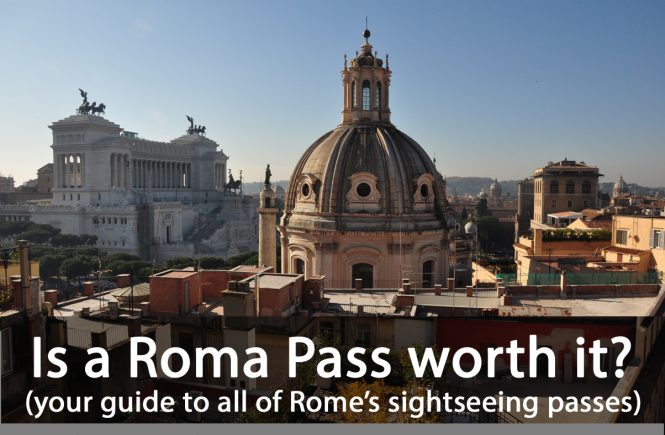